I have been involved with Lehigh Valley for All/ since its inception in 2017. The organization has been dedicated to supporting progressive candidates for local offices – city council, county council, township council, school board, mayor, county DA, etc. What I love about Lehigh Valley for All is that the members of the organization do not just talk the talk of progressive politics, they walk the walk. That is, during every election season, primary or general, members hit the pavement, go door to door to get out the vote for each election, no matter how big or small. This is how to get things done.

Freddy nominations were announced today, and Freedom and Liberty High Schools are both well represented in the lists of nominations.

Liberty’s production of Disney’s Beauty and the Beast received 10 nominations:

Congratulations to everyone for the hard work!

It can be scary to realize that your toddler is not hitting the usual developmental milestones, when you realize that your child is not speaking or using skills that are typical of children of the same age. While children do develop at different rates, it is important to get professional help if you believe there is a serious issue. Certainly, the first step is to consult a pediatrician for a preliminary evaluation, but not all pediatricians can make a firm diagnosis for complex disorders, such as autism. In those cases, parents are directed to a childhood development specialist, but such specialists are few and far between, and new-patient waiting lists can be months, even years, long. Given that early intervention is one of the best ways to alleviate the effects of autism and other developmental disorders, the sooner therapeutic intervention can begin, the better are the long-term prospects for the child.

While seeking expert care, one thing that concerned parents can do is contact the school district, even if the child in question is younger than school age. The school will send out a team to evaluate the child and decide if the child needs early intervention and what type of intervention would be appropriate. In the case of my own family, the school district was the first to respond to our concerns about one of our children. My husband and I have triplet sons, and as the boys reached toddlerhood, it was clear that one of them, Evren, was not developing like the other two.  Evren didn’t speak when the others learned to, he seemed obsessed with strange activities and played by himself, while the other two chattered and laughed and socialized happily with everyone. When he was two, we took Evren to a pediatrician who referred us on to a developmental psychologist, whose waiting list was several months long.

We also called the Bethlehem school district. In short order, two evaluators came to our house and assessed Evren, noting his developmental delays and referring him for early intervention in the BASD.  Until he was three, Evren was visited by a BASD therapist in the home. Once he turned three, he entered Mullen Hall, the special education preschool for developmentally delayed children, including other children who were diagnosed with autism, as Evren eventually was. At Mullen Hall, Evren was provided therapy for speech, socialization, and other important aspects of childhood development. Once he entered grade school, he was placed in autism support classrooms from kindergarten to high school.  Even as we built up Evren’s care network to include medical specialists, wrap-around services, home health care, and other services, we could always count on Evren attending the autism support classrooms, where he received daily education and therapy.  The school district also provides support classrooms for children with other types of disabilities, as well as mainstreamed learning support for students who need a little extra guidance in the regular education classrooms.

I know most people do not think of the school districts as frontline resources for dealing with early childhood developmental problems. But a primary mandate of the public schools like BASD is to educate all children, including those who require extra support and specialized care.

Several years ago, I went with a friend, who was visiting from overseas, to see a musical at Freedom High School. It was Joseph and the Amazing Technicolor Dreamcoat (2011). My oldest son had a role in it, and we wanted to see this play he had been talking so much about.  The production was amazing, with beautiful vocals, dancing, sets, and music. My foreign friend was astounded at the sophistication of the whole thing. “I can’t believe they are just high school students!” she kept saying to me. I was awed by the performance as well. I had seen other musicals at Freedom, and they were all so advanced and polished, in the way that Joseph and the Amazing Technicolor Dreamcoat was. And now this year, my family got to see Liberty High School’s Beauty and the Beast and Freedom’s Anything Goes, in which another of my sons had a role.  Both musicals were works of art.

It would be easy to think of high school musicals as mere frosting on the cake—pretty sideshows to the real business of education. I am not so sure about that. Obviously, teaching traditional academics is essential to public education at all levels. But the skills that students learn in putting on such elaborate musical programs are invaluable, too. On a concrete level, participating students get experience in musical production and theater, and crew members gain important technical skills. Perhaps the greatest benefits are less tangible: high school musicals teach cooperation, organization, professionalism, reliability, and dedication to a goal that goes beyond individual fulfillment. I worked one night backstage during a performance of Anything Goes, and I was repeatedly impressed by the support students gave each other and the performers’ carefulness in preparing for each scene and musical number. Each individual worked with others to put on an impressive and classy show.

This type of skill-building—collaborative work to create something complex and appealing—can be found in many programs offered in the Bethlehem schools, including in instrumental and vocal music programs, sports teams, arts clubs, and more. These “extracurriculars” are much more than places where students have fun. They are environments in which students learn essential skills that will serve them well in their future professional and private lives.

Thanks for joining me!  In my academic work as an Associate Professor of Anthropology at Kutztown University, I have conducted extensive research in Turkey studying the relationships between popular religious practices and state secularism. I am currently researching faith-based philanthropy in Turkey and among Turks living in the diaspora. 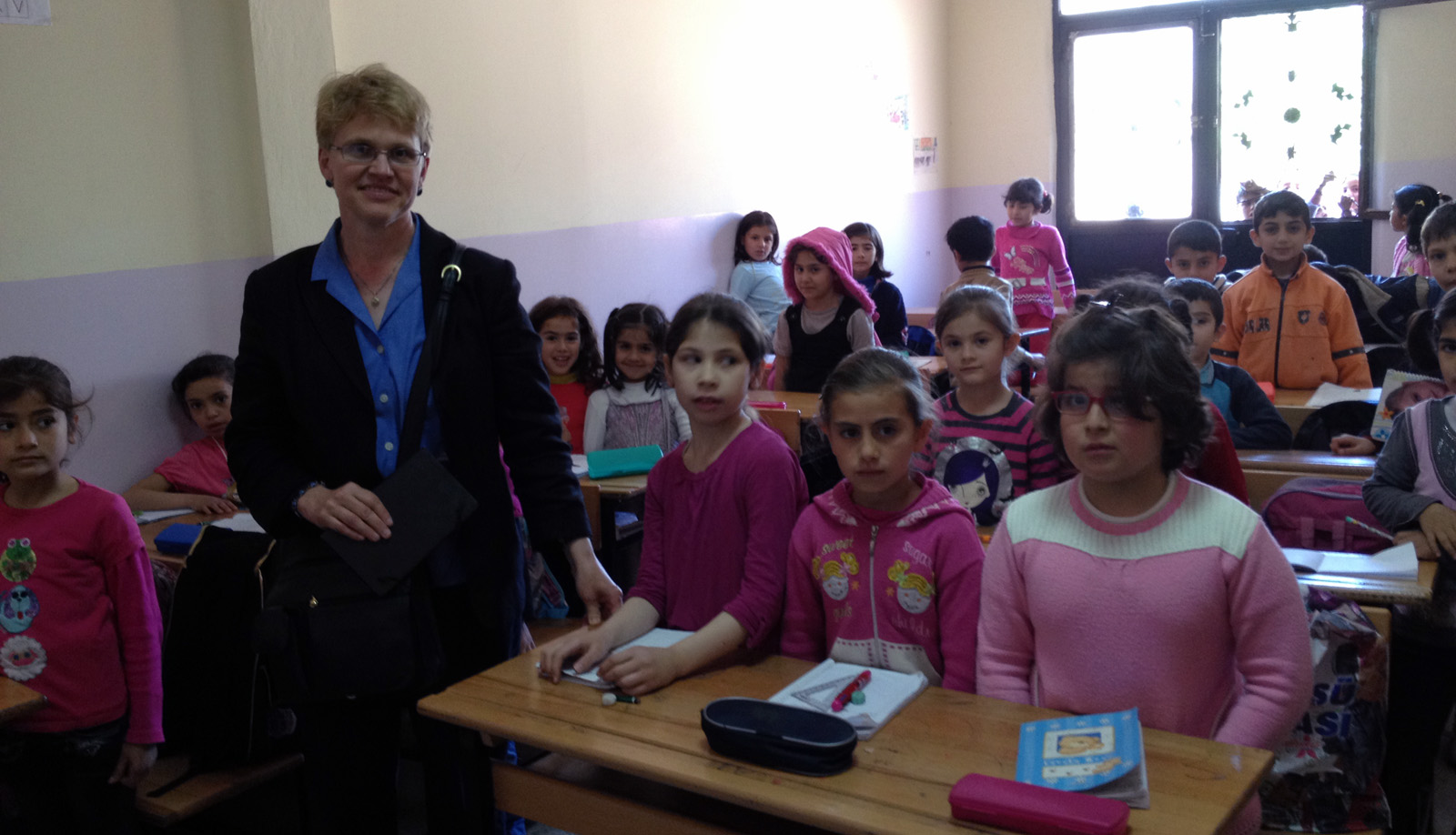 Kim Shively: Why she’s running for BASD Board